A little over a week ago I did something a little risky. I decided back in December that I was going to run the Phoenix half marathon and chase something in the 66 minute range. After dealing with some injuries and being sick from December to January, I decided that I wasn’t ready to run a fast half marathon and then, for some weird reason, decided I should run the full and make a little trip to Arizona with the focal point being the race.

I flew down to Phoenix on the Monday expecting some hot temperatures, but they were not there. My initial thoughts of Phoenix are that it is somewhat of a sketchy place. After picking up the rental car, I was leaving the garage and saw someone stealing a rental Mercedes! He flew out of there with someone chasing after him in another car, it was crazy! It was rather late when I arrived so I stayed in a motel in an “interesting” area by the airport. The Econo lodge was not spectacular, but it got the job done.

The next day, I headed up north to Flagstaff. It’s one of those places that you just have to go to if you’re a distance runner and it did not disappoint. I was weary of the 7000ft altitude so I tried to keep it easy on my runs there. To be honest, for an easy run, I didn’t notice the altitude all that much. I ran 65 minutes easy at 4:13/k pace and it felt relaxed. Despite this, I will say the difference between running easy and doing a workout at altitude is night and day! The first run was in famous Buffalo Park and I did a light fartlek workout down the FUTS (Flagstaff urban trail system). It is a non-paved dirt trail which was muddy or covered in snow in certain spots, which slowed down the workout a bit. I was breathing pretty hard on that one though! The next day was an easy 40 minutes down the same trail and 20 minutes the day before the race.

The scenery is absolutely fantastic! The drive from Flagstaff to Sedona is honestly the nicest drive I have ever been on! A lot of times on my runs there I would just look around at all the mountains and trees and be amazed. It is obvious why this is the place to train in North America. On my run Thursday, I ran by 30+ other people running including a bunch of men and women on the NAU cross country and track teams as well as the Hoka NAZ elite team! I even ran into ultra runner Jim Walmsley in the grocery store. Unfortunately being there for a race meant I couldn’t train or explore too much to make sure I was rested. I also started having some tightness issues in my left hamstring which I attribute to driving around a lot sitting in the car.

After arriving back in Phoenix, I grabbed my race bib and began prepping my gear for race morning. The race was set to start off at 6:00 AM which meant that it would be an early 3:00 AM wake-up call. Seeing as though my super short 4 week build had gone well, I thought running around 2:22 would be a good goal. The course is a very flat point to point starting off outside the city in the desert and running back into the city and with the 6:00 AM start, we would be in the dark for the first half of it. I got to the finish line area around 4:30 AM where they were bussing people to the start line. After a long drive in the dark, we arrived at the start line. Sadly, the bathroom line was absurdly long so I had to find a bush. Now, being in the desert, there are poisonous snakes and scorpions so I had to be super cautious, especially because it was dark! The desert beyond the fences beside the road is actually a protected area so I made sure to not hop the fence. There was a few people who actually were kicked out of the race for hopping over the fence by some race officials who were by the start line!

The temperature was a little chilly at the start, about 2 or 3 degrees. The wind was noticeable at the start line but it was a tailwind, at least for the first 7k. After the American anthem and some fireworks, the race went off and a pack of 4 guys immediately formed. There was two American guys, myself and an African. The first 7k was a gradual downhill with a tailwind but it wasn’t fast like I anticipated. I was waiting to see a bunch of 3:10-3:15 kilometres here but that did not happen. I actually only had one kilometre under 3:20 here and as we turned towards the city, the tailwind switched to a headwind as the one guy slipped off the back of the pack. I knew around the 7k mark that we would not be running a fast time today so it became more about placing than running fast. The stretch from 8-11k was a pretty steep uphill and actually was the slowest part of the race for me, my 9th kilometre was a flipping 3:41! I checked my effort to be a little too high on this climb so I got dropped by the two other guys and lost about 20 seconds to them. From 12-13k I picked up the pace and caught the one guy who had also slipped off and eventually caught the African guy, Teklu, around 14k. The stretch from 12k to 18k was significantly faster than the first part of the race despite the headwind, rolling 3:14-3:18 per kilometre through this section. We pulled away from the other guy and I thought that it was now down to two. The wind was not relenting though but we worked with each other, swapping who was in the lead and sharing water at the stations. It was nice to work with someone instead of having one of us breaking the wind the whole time and the other drafting. Due to the somewhat pedestrian first 10k though (I’m not 100% sure the time but it was around 34:15), we were a lot slower than anticipated through the half, at 1:10:54. I was hopping for 1:08 high so this only reassured me that running a fast time was out of the question. There was an underpass at 24k were I started to slip a bit. My hamstrings were tightening up around 19k, which was concerning as that is very early for that to be happening. Teklu got a small gap which I tried to maintain or close from 24k-32k but I was in a mental struggle. I wasn’t blowing up yet but my pace slowed to above 3:20/k. I was 1:40:56 through 30k in Pittsburgh and I was 1:41:23 in Phoenix so I didn’t think that I was going to better my personal best. Despite this, I wasn’t blowing up quite as badly as I did in Pittsburgh. I just tried to maintain my pace for as long as I could and hope that I wouldn’t drastically slow down to 7+ minutes per mile like I did towards the end in Pittsburgh.

I noticed my vision was getting a little hazy which I think was due to lack of hydration. I was taking gels every 40 minutes and trying to grab water at most stations but it was kind of scary. I felt okay for being that late in the race but it’s nerve wracking when your vision is blurry and you can’t read street signs along the course. Despite this, I had only slowed to 3:30-3:35 per kilometre and just tried to focus on getting to the line. I had suspected that I was getting rolled up on but I didn’t actually get passed until 39k. Brent, who we had dropped in the first 7k, ran a big negative split on the second half with a fast last 2 miles, running around 10:25-10:30 for those miles and blew by me. I was struggling but still maintaining that 3:30-3:35 pace and had no response. I managed to run a 3:27 last k and trudged across the line 3rd overall in 2:24:44. Initially I was disappointed with the race but I have to remember that I did this coming off of injury and 4 weeks of training. The other thing I learned is that point to point courses suck when there is a headwind from 9k-42k!

Overall it was a really fun trip and great experience. I wanted a top 3 and managed 3rd in the race. While the time was not what I wanted, it was a fairly tactical race. I still ran two minutes faster than last year with barely any training and was in contention to win with a 2:12 marathoner for 35 kilometres (he was within striking distance until then). My pacing, albeit slow, was relatively consistent. A first half of 1:10:53 and a second half of 1:13:51 is not a complete blow up, I just couldn’t roll an even or negative split like Brent or Teklu. Compared to my 1:09 first half and 1:17 second half in Pittsburgh, this is better! My legs are feeling more beat up then after Pittsburgh and I have a lot of blisters on my feet, which is something I haven’t had after a race before. In terms of what’s next, I’m still not 100% sure. I was looking at Toledo Half and then Ottawa full but it’s up in the air. I am taking some time to recover before getting back at it and hopefully will not be racing another marathon with four weeks of training ever again! I was definitely missing that aerobic base with all the specific workouts but you got to do what you got to do to try and get fit in a four week span.

Here are some pictures from the trip and race; 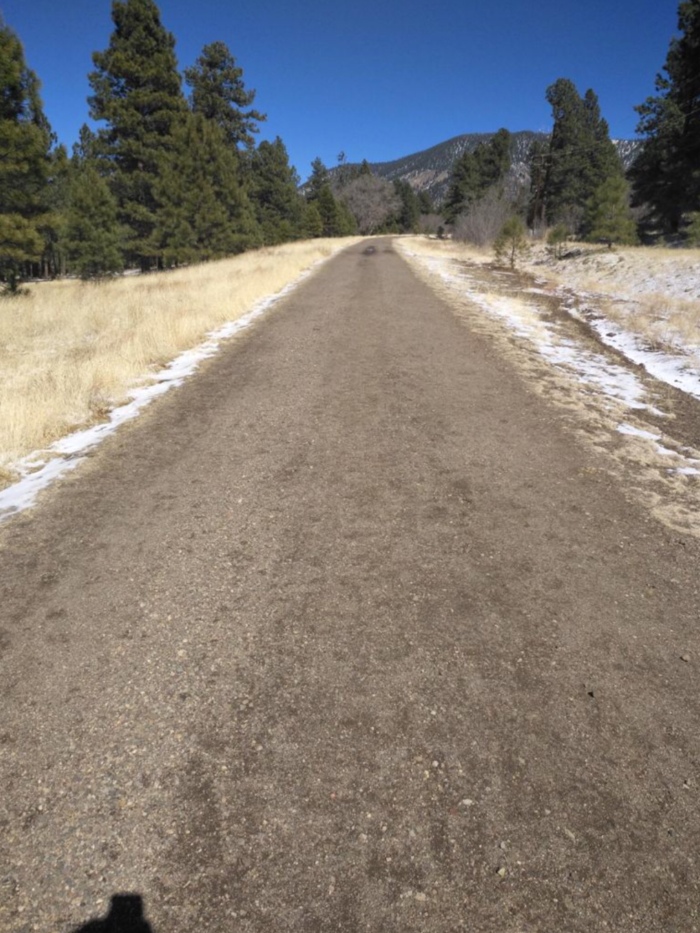 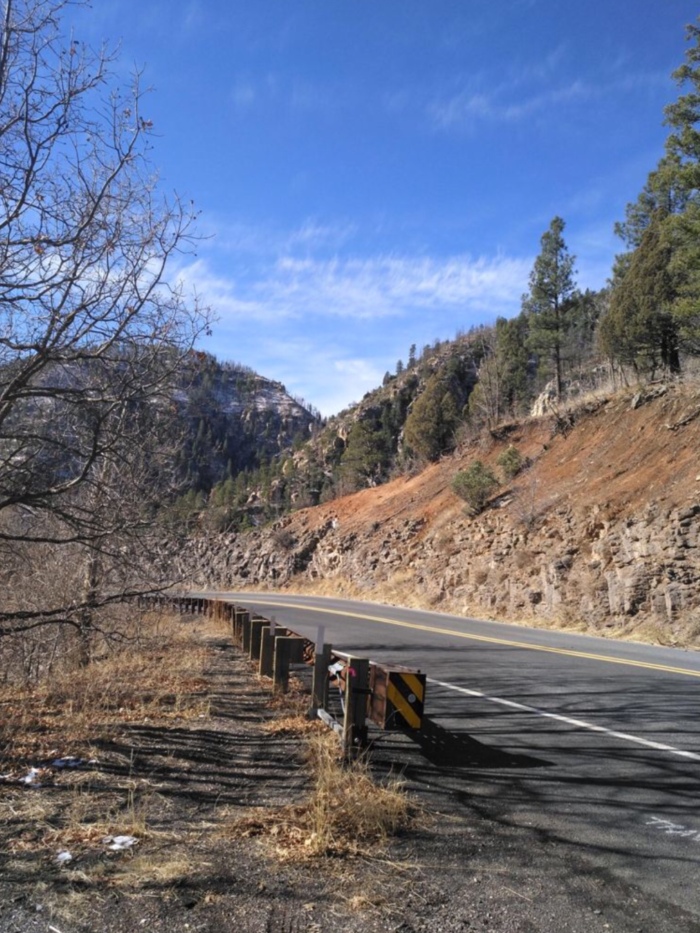 Stopped on the side of the road between Flagstaff and Sedona 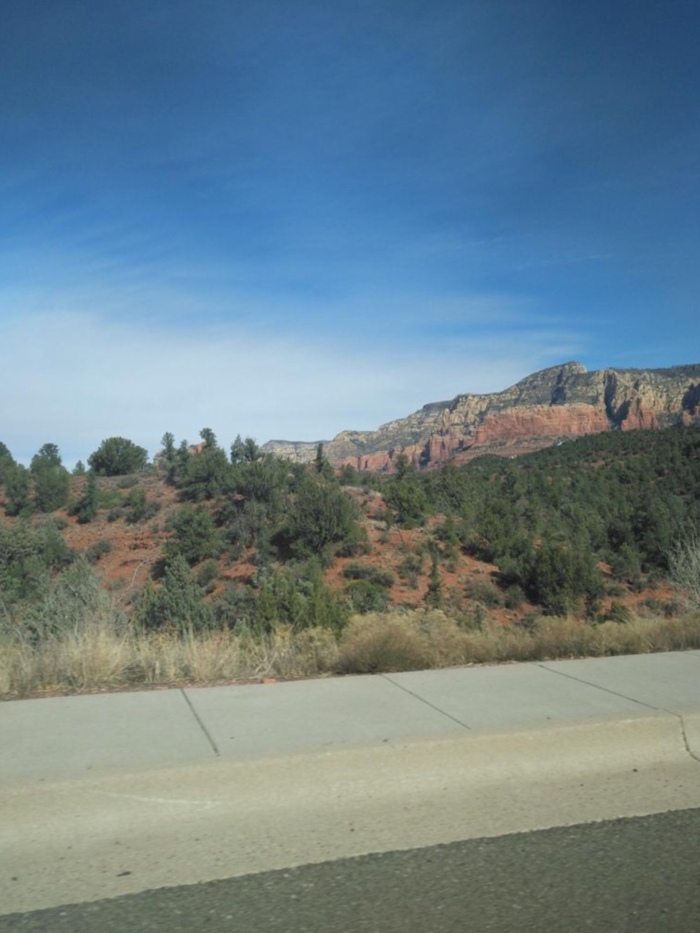 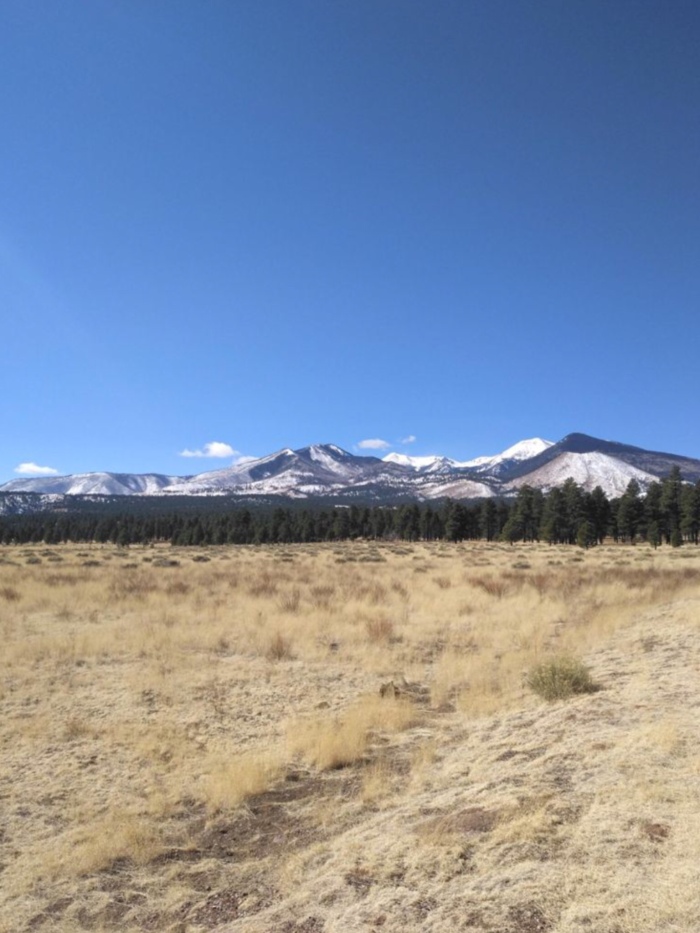 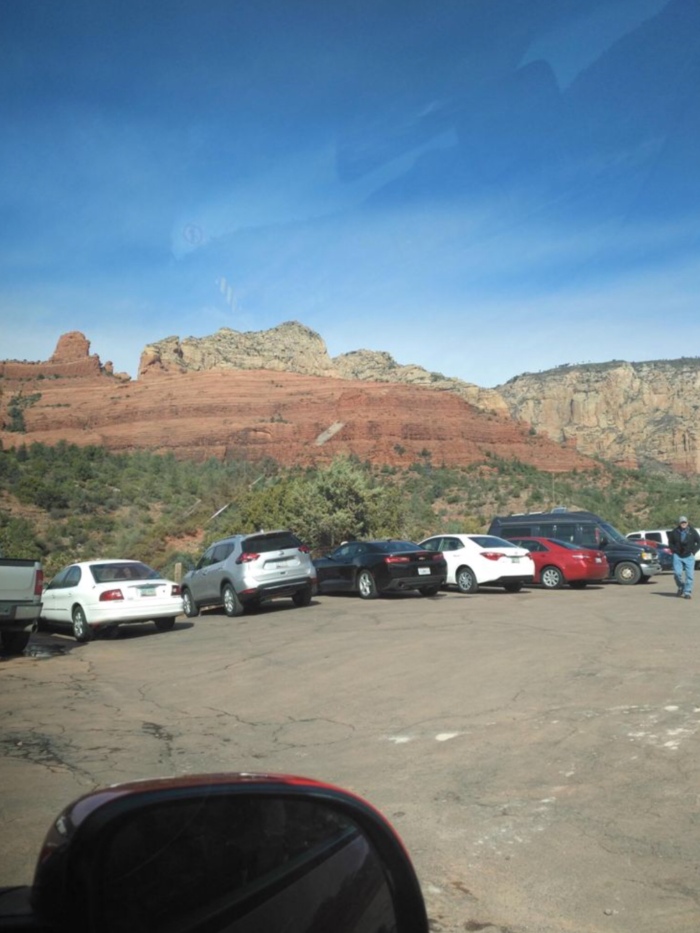 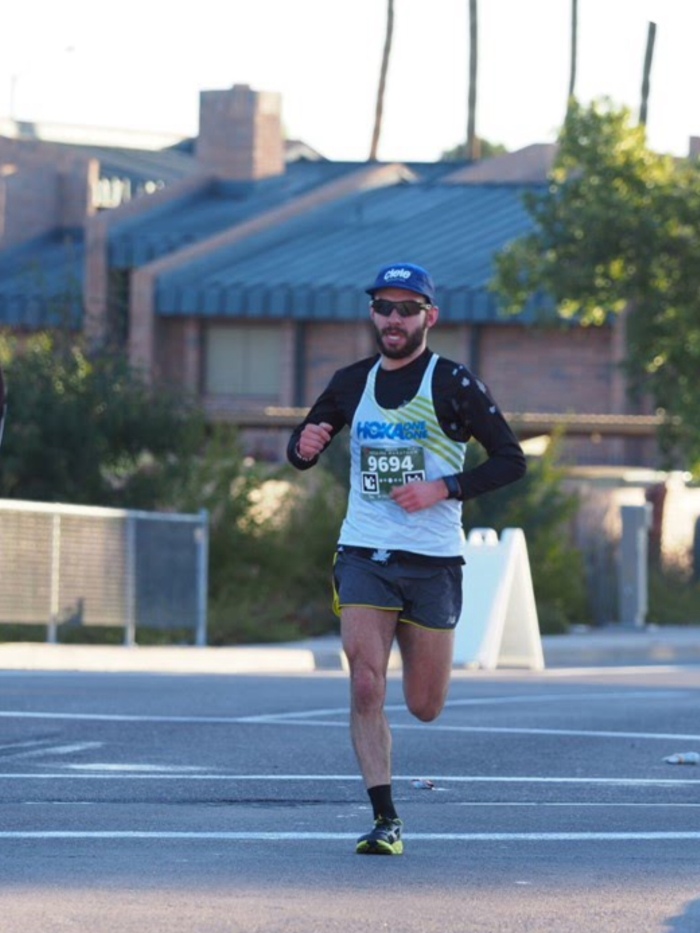 Nearly at the finish line

About to cross the line