“My muscles may ache, my tendons may break, but tearing myself down to nothing has allowed me to become something more than this, something greater. This is where I may seem lost but I promise you I’m more awake than ever, more awake than ever. Facing out towards the never ending expanse and finding my place among the stars.”

I feel as though the song “The Frost” by August Burns Red perfectly echos my thoughts about my 2017 races and my thoughts about the future. (And my brother says the music I listen to has no substance and bad lyrics!). I decided to put off writing a yearly race reflection as I believe my disappointment was portrayed adequately in my JFK report. This past year sucked. I think there are a few reasons which lead to me not racing to my potential which I will discuss in this post. Hindsight is 20/20 and we can’t change what we have done in the past, but we can learn from our experiences and use that knowledge to better ourselves for the future.

For starters, I think I may have been over trained in my marathon build-up. Looking back on training leading into the marathon, I had a very long build essentially starting in early January. I started off at 160k per week and built up to over 200k mid January and ran over 200k a week for nearly every week until late April before the taper. I hit as high as 250k in a week which I think was where I burned out a bit. Truth be told my body was spent. There was 8 weeks over 210k and 11 weeks over 200k with my easy weeks still being 190+k in the build. I know you have to push your limits to know what you can handle but it was a bit too much. I feel as though 210k/week is the sweet spot right now for putting miles in my legs and still feeling fresh enough for workouts. The other issue with the marathon in Pittsburgh was not practicing my nutrition enough for the race. Thankfully with doing ultras in the fall, my nutrition is solid. I can take gels running 3:00/k easily and it feels even easier doing it at goal marathon pace of 3:17/k.

I think my volume of training in the spring of 2017 manifested itself into a plethora of little injuries throughout the fall with one major one as well. Three weeks before JFK I popped my S.I. joint out of place in my hip and back area. This caused me to miss over a week of training which may not seem like much, but hurt both physically as well as mentally. It’s very stressful not knowing if you will make it to the start line healthy but I put in about 5 days of running before the race and decided to throw caution to the wind. Obviously things didn’t work in my favour for that one but my S.I. joint didn’t flare up for the 63k that I did complete which was a small victory. I was so disappointed with that race that the prospect of just quitting running and giving up entered my mind often. It’s a tough situation because it made me feel as though I’ve wasted my time the last 5 years chasing a dream that was just not meant to be. I think it’s healthy to question ourselves from time to time and assess our situations. I need to keep going though because I feel as though there is still lots of room to improve as a runner by paying more attention to the small things; like sleep, nutrition, stretching and enjoyment.

As far as goals for 2018, I could throw out arbitrary times or races like everybody does, but I feel as though mine are obvious. Sub 2:20 for the marathon, sub 66:40 for the half, sub 30:00 for 10k, sub 14:20 for 5k, a course record at Run for the Toad 50k and a win at JFK 50 are the trivial goals. More importantly, I want to listen to my body more instead of pushing myself too hard to hit a nice big mileage number at the end of the week. I would also like to keep enjoying the sport. I think I was too caught up in trying to hit the IAAF standard for the marathon and put too much pressure on myself as well as feeling outside pressure from the running community. Social media can be a blessing and a curse as well! My main goal is to be smarter about training and just staying in touch with my physical and mental well being. If my body is fried from a morning run or workout, it’s better to skip the afternoon run and do some stretching or something like that instead of pushing too far into the well. I’m not really going to go into detail about my upcoming races as I feel as though you can get a general idea of what I am racing based on the trivial goals that I have listed above. I will be racing eight times in total this year in distances of 5k to 50 miles; albeit with more of a focus on the half marathon and longer distances.

In terms of recent training, I have been trying to stay indoors for workouts to mimic the hot climates that I will be racing in in a few weeks. I will be around 210k this week with my last three weeks at 203k, 210k and 200k. The workouts have been pretty solid too. I did a fartlek last week of 15k rotating between 4:57/mile for 2 minutes and 5:55/mile for 2 minutes. A few days before that I did 60 minutes at marathon pace and averaged 3:17.9/k feeling relaxed. My other notable workouts have been tempos or fartleks but I did a small speed workout last week with a 27 last 200m, which is not anything to write home about, but solid for coming off of ultra training.

The biggest thing in my training since building back up though is I’m really enjoying it again. I put so much pressure on myself that I lost sight of why I love running the sport. It felt more like a chore to slog out a run as opposed to enjoying the grind. I am in a good state mentally with the sport right now. So I will end this post the same way I started it, with some more lyrics from the song “The Frost” by August Burns Red. “Open soul, open mind. I’m finally focussed on what’s inside. I’ve gained a new perspective.” 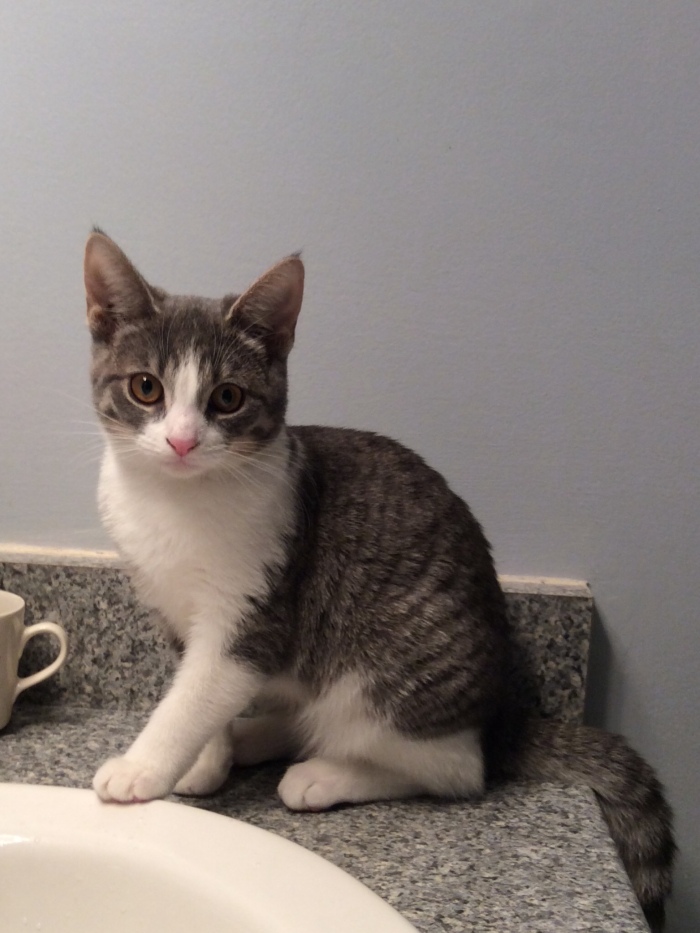 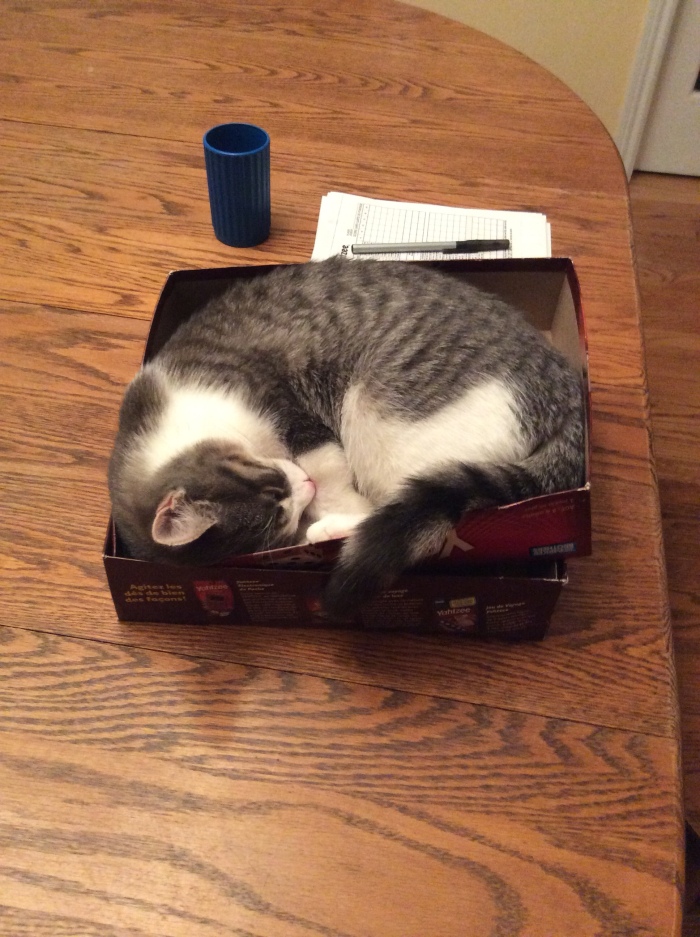 Here are two pictures of our new cat Grayce. She likes to bite a lot and stick her head under the faucet when I’m brushing my teeth. She also can play fetch like a dog.